This week we have the centenary of Partition along with the photographs of Helen Hooker O’Malley, a medieval manuscript associated with St Colum Cille and Edith Somerville’s birthday.

On Partition there was a lot to read and hear, including the Irish History show podcast with Cathal Brennan and John Dorney interviewing Cormac Moore; the Creative Centenaries website, based in Northern Ireland has lots of good content on this and many other subjects; the Irish Times interviewed a woman born in the year of partition while this was a good summary on the BBC website.

The National Library of Ireland has a wonderful online exhibition looking at the work of photographer Helen Hooker O’Malley. Born in the USA, she met Irish revolutionary and author Ernie O’Malley and they married in 1935 and moved to Ireland. Although they were divorced in 1952, she continued to love Ireland and photographed both urban and rural lives and landscapes.

Another online exhibition, this one from the Royal Irish Academy and telling the story of the manuscript known as the Cathach of Colum Cille, Dating from the 6th century, it contains a copy of the psalms written in Latin and is closely associated with Saint Colum Cille (c. 521-597), in this year which marks 1500 years since his birth. A Cathach was an object believed to have protective power in battle. One page, taken from the RIA website, is shown below. 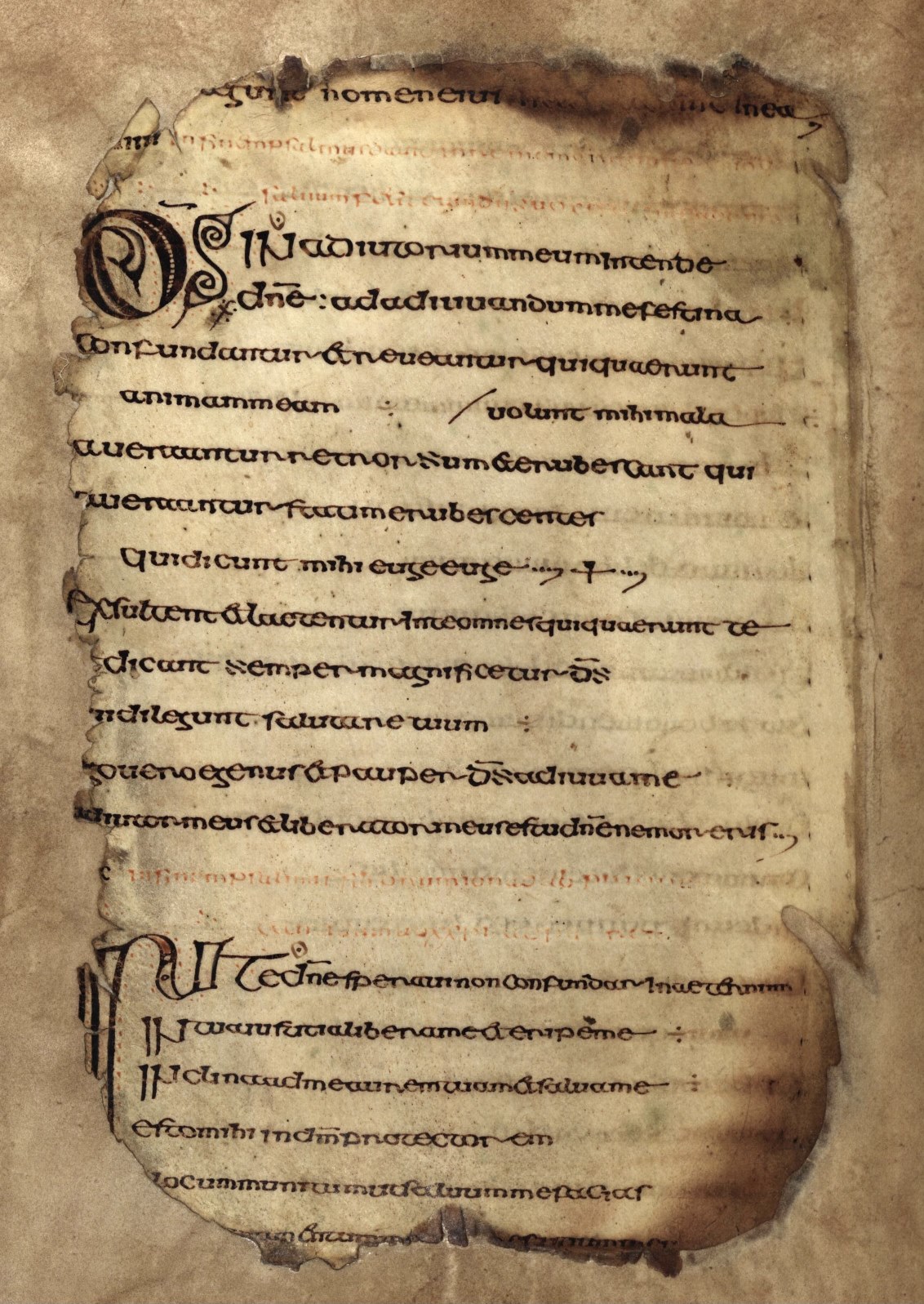 And finally yesterday, 2 May, was the birthday of one of West Cork’s most famous writers, Edith Somerville (1858-1949). She was born in Corfu, but spent most of her life at Drishane House in Castletownshend – the house is still lived in by the Somerville family and you can find out more about it on their website.  Read more about Edith herself on the Dictionary of Irish Biography website. The image below was drawn by Edith herself and is on the cover of her book Maria and Some Other Dogs. She wrote this book, as so many others, with her cousin Violet Martin. 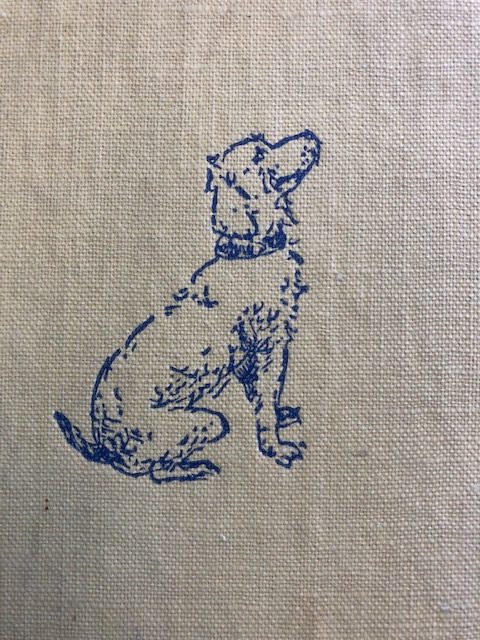