There have been a number of articles and exhibitions recently about Cork and Ulster in 1920 – for our digital festival Professor Brian Walker explored the interconnected violence between them, which you can watch here. There is an excellent online exhibition at the Lisburn Museum about the ‘Swanzy Riots’ of 1920, in which many of the Catholic inhabitants of the town were forced to flee. This followed the killing in Lisburn of Oswald Swanzy, which was in retaliation for the killing of Tomas MacCurtain in Cork.

Desmond Guinness, a pioneer in the conservation of Ireland’s architectural heritage and co-founder of the Irish Georgian Society. Here is how the Irish Times reported his death, and also a more personal tribute from the ‘Irish Aesthete’.

Finally can we recommend the Twitter account of Nigel Monaghan, Keeper of the National Museum of Ireland – Natural History (aka Dublin’s Dead Zoo) who is @KeeperNH – he has been recording the dismantling and packing of the Museum’s collections in advance of a refurbishment. The Museum is shown below in all its 19th century splendour. 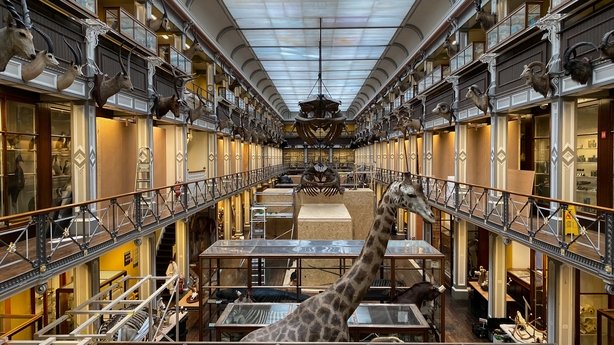