Welcome to the 2020 digital West Cork History Festival. We are giving you some of the elements that would have been part of the physical festival, based around two themes – the events of 1920 in Cork and Ireland & Empire. All of these are pre-recorded and no log-in is required.

Dr Eve Morrison on Peter Hart and the Kilmichael Ambush

Kieran Doyle on his project, with Alan O’Rourke, to map memorials of the revolutionary period across Cork

The Burning of Cork was one of the most dramatic and shocking events of 1920. Uncovering thought-provoking stories, archival material, historic photos and compelling eyewitness statements, St Peter’s Cork shines a spotlight on the city’s past with its stunning exhibition: Cork 1920 – The Burning of a City. This short film forms part of that exhibition. 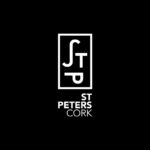 A specially comissioned History Ireland Hedge School podcast on Ireland, Empire and the Sea, chaired by History Ireland’s editor Tommy Graham. The panel includes Lar Joye of the Dublin Port Authority – which is sponsoring the Hedge School – alongside Dr Aoife Bhreatnach, Professor Claire Connolly from UCC and Dr David Murphy from Maynooth. The theme of Ireland & Empire is something we hope to develop further at our 2021 Festival.

Finally, defying categorisation as it ranges over so many time periods, we have historian and writer Turtle Bunbury talking about his book Ireland’s Forgotten Past: A History of the Overlooked and Disremembered.