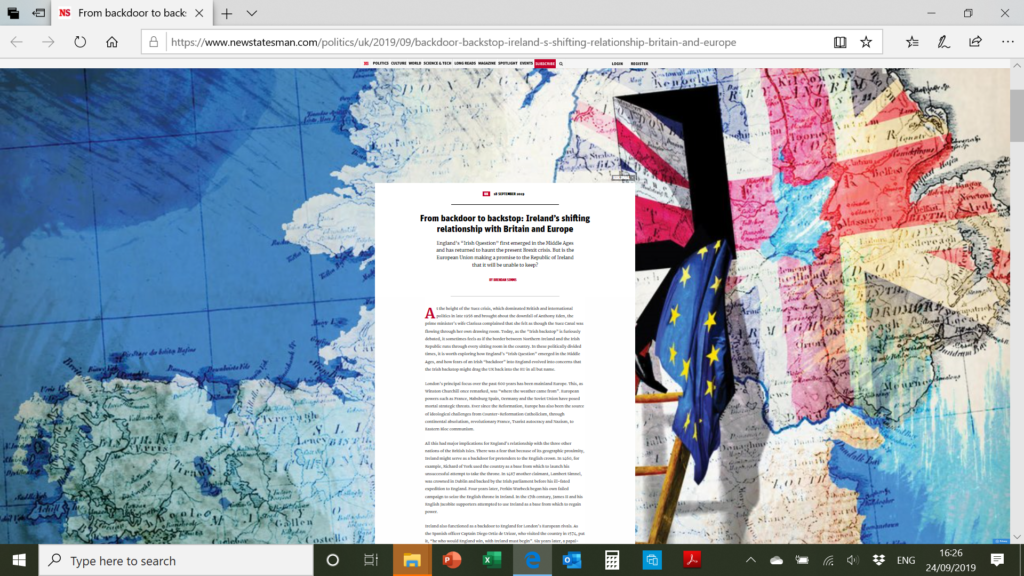 A very insightful interview with Professor Roy Foster, one of Ireland’s most distinguished historians (and former WCHF contributor), on RTE 1’s Drivetime. It was broadcast on 30 August – click here and listen from about 1:40. Foster refers in the interview to Cambridge historian Brendan Sims, who spoke at our 2019 Festival.

Foster, who lives in Britain, is particularly critical of British Conservative politicians and their ignorance of Ireland and Irish history. In the interview he comments:  “… from the 1980s on …. the atttiude of British politicians towards Ireland has been in the main thoughtful and well-meaning…. All that has now gone into reverse…. Anglo-Irish relations are now at a worse point than they have been since the early 1970s and for completely unnecessary reasons.”

Our 2021 Festival will be digital and available on our website from 6-8 August.

Hear Danielle O’Donovan, architectural historian and Programme Manager at Cork’s Nano Nagle Place (as well as WCHF Committee Member) with a series of interesting discussions on architectural wonders of the world on the Newstalk website. 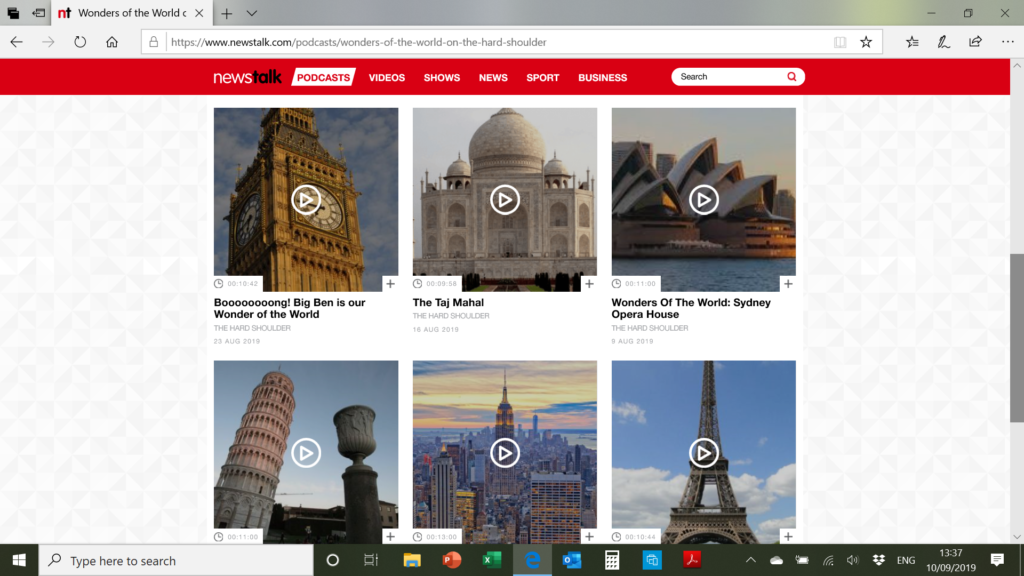 A fascinating post, by our friends at the Roaringwater Journal, on timekeeping (and many other things) in Youghal can be found here 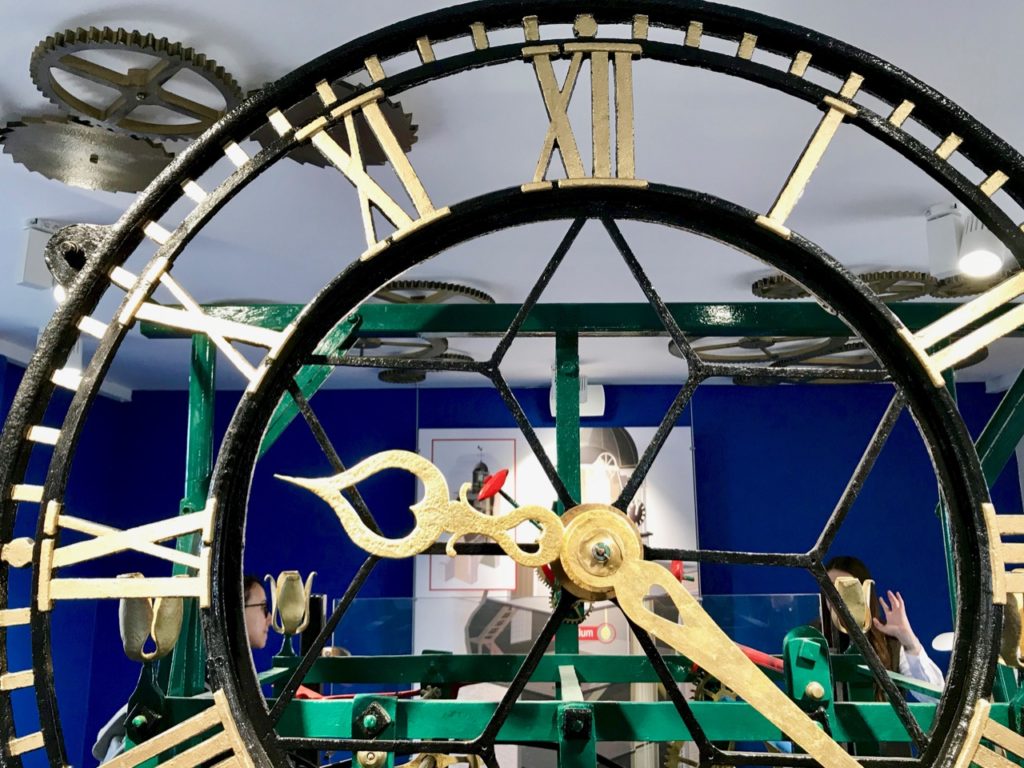 The photograph above is courtesy of Robert Harris and the Roaringwater Journal.

A short podcast by Festival contributors Ida Milne and Ian d’Alton, in which they reflect on the Decade of Centenaries as well as their co-edited book Protestant and Irish: The minority’s search for place in independent Ireland about which they spoke at our 2019 Festival (pictured below). 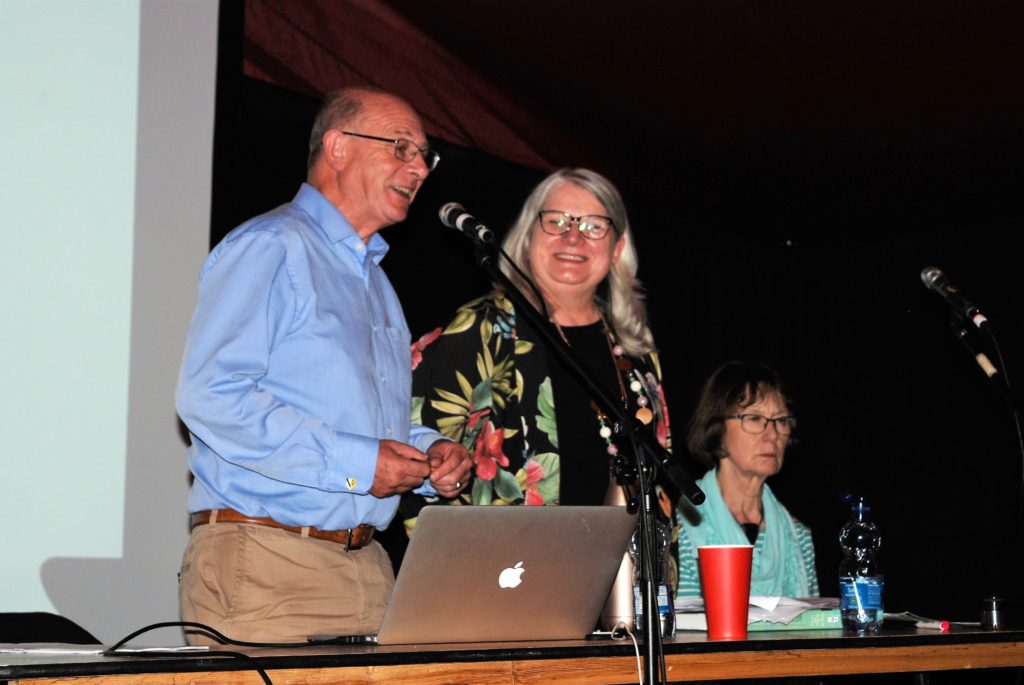 Today’s Irish Times has a very positive review here of Ireland in the European Eye, edited by Bettina Migge and Gisela Holfter and published by the Royal Irish Academy. The article by Professor Thomas O’Connor entitled ‘Prequels: The Irish European diaspora’ prompted us to ask him to speak on the same subject at the West Cork History Festival this year, which he did to much acclaim. The audio of his talk will be available on our website soon. 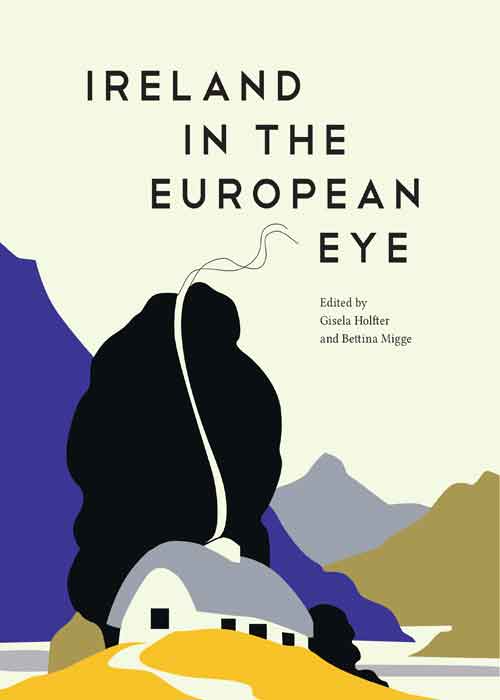