This year’s concert, curated by West Cork musician and writer Jessie Kennedy in collaboration with the West Cork History Festival, celebrates the work of Canon James Goodman. Canon Goodman was a renowned uilleann piper and musicologist, who spent much of his life in West Cork. Composer and violinist Justin Grounds will join Jessie for part of the concert, where they will perform pieces from their recent album of ancient Irish songs and music, relating to the spirit, nature and history of West Cork, and the work of the great Canon Goodman.

We are delighted that acclaimed piper Eoin O Riabhaigh and flautist/fiddler Johnny McCarthy will headline this year’s concert. Most fittingly Eoin has restored and plays Goodman’s original pipes. A one-off, special gathering of some of Cork’s finest musicians. Not to be missed!

Piper and pipemaker Eoin is the son of the late, well known Cork piper and teacher, Micheál O Riabhaigh. He began his piping career at the tender age of 9 under his father’s watchful eye, and continues to play regularly. Eoin headed up the workshop at the National Sculpture Factory in Cork for 10 years where he developed an appreciation of materials and a flair for design. Later, he set up his own business and continued to work with sculptors, galleries and private collections. During this time he also started to make pipes on a part-time basis and completed several fine full sets in D.

He has since also restored some old and historically significant instruments, and owns uilleann pipes originally belonging to Canon James Goodman. Eoin has enjoyed a very varied career as a piper, having performed and recorded with, among others,  Dolores Keane, Mary Black, Iris Demente (US), Tom Russell (US), Matt Cranitch, Frankie Gavin, The Xenia Ensemble (Turin), Tim O Brien etc.. He has played and taught throughout Europe and the U.S. 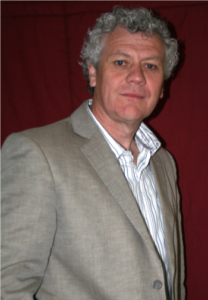 Johnny is a lecturer in traditional music and classical flute at CIT Cork School of Music and is highly regarded as both a composer and performer in classical and traditional music. He studied at the Konservatorium and Musickhochschule, Zurich, Switzerland under Professor Jean Poulain. He has performed extensively throughout Europe, the US and Asia. Johnny has presented and performed on radio and TV series such as Geantrai, Glaoch an Cheoil, Faoi Lan Cheoil, The Rolling Wave, The River of Sound and Bringing it all Back Home. He has collaborated and recorded with Michael O Suilleabhain, John Spillane, Antonio Breschi and Pat Crowley. He is a member of the renowned traditional group The Four Star Trio, whose music concentrates on the Sliabh Luachra tradition.

Jessie is a vocalist, writer and violinist from West Cork. She is a member of The Vespertine Quintet, and has released four studio albums, most recently “We are the Dark Night Ocean” with long-time collaborator Justin Grounds. Other works include the acclaimed “The Carbery Songs”, inspired by the lives of generations of women who lived at Castlefreke, West Cork, which Jessie performed at last year’s History Festival with collaborator Patsy Puttnam and other guests.

Upcoming shows include St. Andrew’s Church in London with Westminster Abbey organist and composer James McVinnie, and a tour of Boston and Martha’s Vineyard in the autumn.  October sees the beginning of a year-long film and recording project in various parts of Africa (Kenya, Tanzania, Uganda) where Jessie will collaborate with local musicians for a charity that she works with, Five Talents. Recently Jessie and Justin performed with Jeremy Irons as part of the “Coming Home” commemorative event at Reen Farm in West Cork, home of renowned artist John Kelly. Jessie sang the Irish lament “I am Stretched on Your Grave”, followed by Jeremy’s powerful reading of the famous NM Cummins famine letter.

Justin is a violinist, composer and electronic music producer based in West Cork. He studied baroque violin in his home town of Cambridge, UK, and went on to do a degree in Music and Theology at Durham University. Justin toured as violinist with the electronic band Keiretsu as well as producing 5 albums of solo music. His work for orchestra and chamber ensembles has been celebrated for its ‘minimalist musical aesthetic, with an almost rhapsodic arch of movement’. His “Passacaglia Apis” won the inaugural East Cork Early Music Festival composers competition in 2014 and was premiered by Maya Homburger and Barry Guy.

He performs regularly as a solo violinist, as a composing member of The Vespertine Quintet, the Barefoot Baroque Project and with bands Idiot Songs, Fir Beag and Farewell JR. He also works as a record producer and string arranger, teaches workshops with young people and is a member of the Arts for Health team bringing music to hospital and clinical environments.